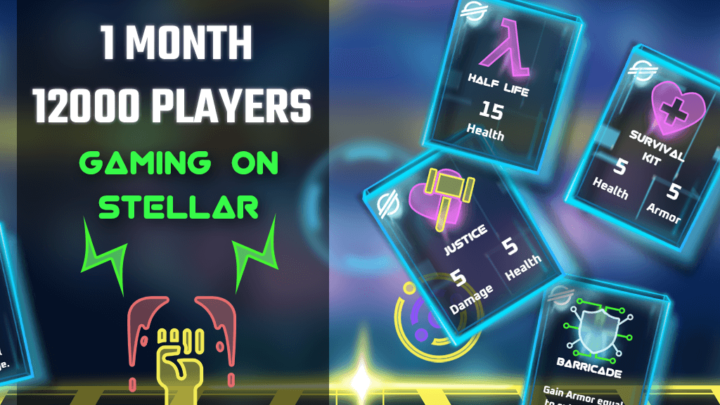 Litemint.io is an original cards game that offers a casual gaming experience with instant on-boarding and quick sessions while incorporating the mechanics of collectible card games (CCG or TCG). All collectibles are issued on the Stellar Blockchain.

The First Month in Numbers

The Beta was released on April 18, 2020. It has been running for about a month and we are incredibly pleased with the results:

A New Approach to Blockchain and Gaming

With the goal to bridge the huge world of casual gaming with the booming blockchain world, Litemint is providing players with an opt-in approach to game asset ownership. This approach allows Litemint.io to remain compatible and be available to play on all platforms (e.g. thousands of players have discovered Litemint from the multi-million MAU gaming portal AddictingGames and tens of other online gaming hot spots).

At release, players will be able to take ownership of their cards on the Stellar blockchain, but this is not mandatory to enjoy the game. When players link their Stellar wallet and enable the game asset trustlines, their cards are automatically issued to them. Then, they are free to send them to friends, or even trade them on the Stellar Decentralized Exchange (SDEX). The Stellar Network was chosen for its cheap and fast transactions but also for the ease of game asset tokenization and native access to SDEX with free pairing.

For those wondering how native NFT can be issued on Stellar, check out this article.

A Game for Everyone

One of the challenge in designing Litemint.io was to keep the gameplay as casual as possible (as opposed to the usual mid-core/hard-core gameplay found in TCG games) and the result is a game that can be enjoyed instantly, in very short sessions, by everyone. An important criteria for promoting more widespread adoption.

We are currently working on releasing the shop feature within the next few days. The shop release will sign the end of the Beta and players will find new ways to unlock new cards and collectible game assets.

The seasonal leaderboard will remain but will use a fairer points system than the current win-streak-based point system. Players will collect stars by winning battles (win streaks will earn 2 stars instead of 1 for single wins) and lose one star for each loss. This system is more forgiving as players do not need to start from scratch after a loss.

Matchmaking will be based on players rank and therefore new players will have an easier time when progressing and unlocking their first few cards.

We have successfully completed the migration of all player accounts to Cosmos DB (a globally-distributed database built for low latency with elastic scalability) and are getting ready to deploy our EU and ASIA servers on release day.

Players will be able to play on any server with the same account so you can duel your friends from anywhere in the world!

There is still some time left to collect game coins and unlock all the beta cards! Do not wait to much however, it will be much harder to collect coins after the release!

Have fun and if you have any issue with the game, don’t hesitate to get in touch! Thank you for playing and being part of this new experience!