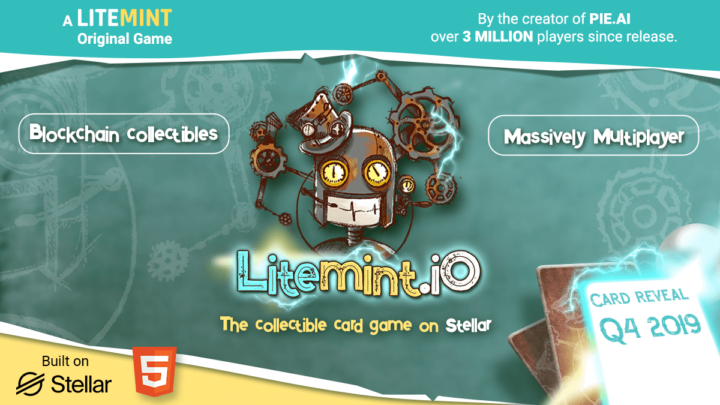 Below is a screen of my mailbox as I woke up the morning after Godenot, Youtuber with several million subs, published a Let’s Play video of my latest game.

Two years back, I published a beta version of pie.ai, hoping to get early feedback. Unaware that I would need to spend several nights scaling up an amateurish setup and optimizing code in a hurry. A total of 404,690 hours of play time and 3 million players were served since then.

My very first published game had also met some success, ranking 1st paid strategy game in 15 countries. The most important lesson I got from this first game dev experience was that a fun gameplay is more important than anything else (e.g. graphics or what some designers call “juice” are very secondary). So when designing games, my approach has always been to focus on the gameplay and prototype.

Games like Agar.io have spawned a new genre of massively multiplayer online action games. These IO games focus on casual gameplay, instant onboarding and fast-paced action in the midst of a multiplayer mayhem.

Because of these design features, such games spread very fast. These characteristics can be used to design ideal games for crypto adoption. LITEMINT.IO, announced last month, is designed to take advantage of 3 components to achieve that:

Stellar has one noticeable advantage over other blockchains, a listing-free integrated decentralized exchange—the Stellar DEX.

Now just imagine that you earned a non-fungible token (NFT) by beating a PVE boss in your favorite game. What if you could immediately list that item, without leaving your game wallet, against a global market exposing tens of thousands of dollars in daily volume of transactions?

That’s what Stellar allows you to do!

Stellar is de facto a solid choice for building in-game economies, promoting tokenization of digital game assets. Its openness means that such economies are inter-operable—not isolated as is mostly the case in many blockchain ecosystems.

We are probably going to have to wait forever before Google Play allows developers to issue assets on a native DEX. Google is rather going the opposite direction at the moment. Instead of waiting, the right approach is to make sure that our products remain compatible with these platforms. For LITEMINT.IO, it means preserving access to the 2.2 billion mobile gamers out there with an opt-in approach to crypto features.

A Focus on Fast-pace, Casual Gameplay

Traditional collectible card games (CCG) are a perfect fit for crypto collectibles but such games mainly attract players in the mid-core to hard-core skill range (e.g. Hearthstone, The Elder Scrolls…).

There are some exceptions, Spellstone developed by Synapse Games and distributed by Kongregate, is a great example of a CCG successfully targeting casual gamers, even though progression quickly becomes more involved, generating some disappointments from the casual crowd, as shown from the reviews on Steam.

Many successful IO games have been designed for casual gamers and that is also the intended target audience for LITEMINT.IO. However, the mixing of genres and audience requires some precautions.

The first design goal was to make sure that more cards do not mean more complexity, this point is fundamental to keep turns as streamlined as possible.

In LITEMINT.IO, this is achieved by decomposing turns around a 3-round mulligan mechanic. Players adjust their strategy by selecting several items to form a combo. The selected combo is then enhanced with 1 card chosen from their hands.

The mechanic turns cards into buffs, their effects can be complex, combinatoric, lasting several turns allowing a great expression of creativity and adding depth to the strategy without adding complexity to the gameplay. We can have cards as simple as “Double Your Attack Points”, to more complicated “Activate with 6 Defense Points, Double your defense over the next 3 turns”.

I am sure that upcoming beta testing will reveal flaws and trigger adjustments but the feedback from an early prototype tested against extremely casual players was very positive.

All these combined ingredients provide a solid base to create more games that are relevant to the gaming industry while fostering adoption of crypto.

If you wish to participate in the upcoming closed beta test, feel free to send me an email with a public Stellar key you want to use for testing. There will be some goodies for the most active testers and contributors.

Thank you for reading and keep Posted!