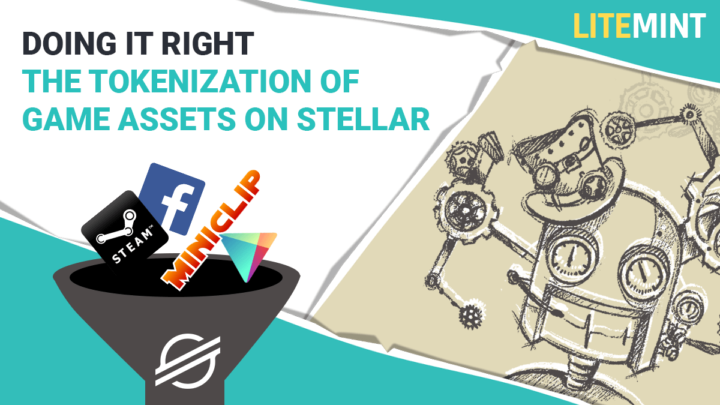 We should design our blockchain tools to enlarge the top of our publishing funnel, not to reduce it.

Until 1965, French women needed their husband’s authorization to open a bank account. This was also true in many other countries. It took a long time but today, French citizens all wonder how such law was ever enacted.

In today’s world, such patriarchal overseer may not be the norm, but we still allow the middleman to control our money in all online payments—we authorize third-party businesses to take ownership of our funds for completing transactions—it is the norm. To buy a book on Amazon, you send money to Amazon first and to tip a friend, you send money to Venmo first. Our society is conditioned around the concept of custody of funds by third-party businesses that we ought to trust.

With the advent of crypto, we can now send money to friends or buy a book without a middleman. Litemint uses the Stellar blockchain to implement such use-cases without a third-party.

This point is often missed. In 1965, the issue was not just about opening bank accounts, it was about removing the need for husband’s authorization. Similarly, adoption runs deeper than having businesses just accepting cryptocurrencies. It is about whether these businesses will embrace the new paradigm of peer-to-peer payments while servicing their customers.

This fundamental property of crypto will only be understood with forerunner businesses showing the way—taking no shortcut with decentralized payments.

Such major industry shift is not going to happen overnight and, as we are tokenizing game assets to create new collectible markets, we must be able to also reconcile both worlds. We should design our blockchain tools to enlarge the top of our publishing funnel, not to reduce it.

Whenever players from Miniclip and other portals meet players from Litemint, they share the exact same experience.

Mobile gaming alone is a $68.5 billion market with billions of gamers across the world. Facebook instant games already boast more than 30 billion game sessions with 7,000 titles. So, it is obvious that preventing our content from being served on major mainstream portals (Facebook, Steam, miniclip.com…) would greatly affect our chances of reaching out to the existing audience and monetizing it successfully.

Besides, a game solely built on Stellar or any other blockchain, without the ability to run standalone, is not only limiting its audience, it is also constraining its design.

While adopting the new monetization opportunities on the blockchain:

PIE.AI is an online massively multiplayer game that I developed in 2017. It has now been played by more than 3 million gamers and is available from many online portals including Tencent owned miniclip.com. Without these publishers, reaching out to 3 million players would have been very costly and it is hard enough to derive margins on low retention content.

The game has been integrated to Litemint as part of the handful of experimental apps currently running on the platform and Litemint players can earn digital collectibles such as the “Ghost Skin” item by completing the daily challenge.

Whenever players from Miniclip and other portals meet players from Litemint, they share the exact same experience.

Although the ability to acquire and trade blockchain-collectible items in PIE.AI is only offered to Litemint users (DEX trading, shop), any collectible item is effective in any version of the game.

The advantages of this approach are numerous:

The eponymous game LITEMINT.IO which has been announced this month will follow similar design. The game will be available on every major platform and portals while the Litemint version will allow players to earn and trade collectible items on the Stellar DEX.

One day, businesses built around custody of funds may become a thing of the past. The separation between service platforms and money may become a natural occurrence with transactions orchestrated without a middleman. People would be wondering how our current custody practices were ever enacted.

Unfortunately, as in the 1960s with the statusquo rooted in the society, such change is unlikely to happen overnight.

So, in the meantime, to create relevance and efficiency with the new monetization opportunities, we should create and use the tools that allow for a maximum interaction between the two worlds.